PAKISTAN: SOLIDARITY WITH THE COMMUNIST PARTY OF PAKISTAN AGAINST AGGRESSIONS AND LINKAGES TO HIS MILITANCE AND PAKISTANI PEOPLE 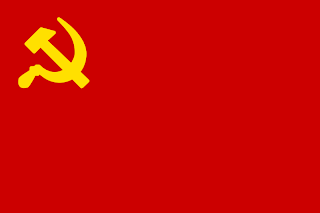 The Miranda Center of the Communist Party of Venezuela (PCV) expresses its broadest solidarity with the Communist Party of Pakistan, currently victim of a wave of terror applied by the Taliban organization and Islamist groups in Pakistan against Communists and members of the people Of Pakistan, where close to 100 people have been murdered, lynched on allegations of blasphemy and other forms of torture and violence, such as public humiliation.
For us Communists, the struggles that the Communist Party of Pakistan has been developing against the imperialist aggressions and threats of the United States have a great value of solidarity with the peoples of the world and are a legitimate defense of the rights of the nation, The people and the PCP.
At the same time, we consider the struggle against the Islamist and Taliban aggressions, especially the aggression against which the journalist student of the Khan Abdul Wali University, Mardan, Khyber Pukhtoonkwa Region, Mashal Khan, a friend of the 23-year-old Communist Party, who was subjected to public humiliation, beaten and lynched to death within his own university facilities and in view of university authorities and police forces, on April 13 this year in 2.017 course.

Our Local Intermunicipal Organization Miranda Center of the PCV considers as very important for the world the struggles and participation of the people and the Communist Party of Pakistan against the activities of the Islamists, the aggressions of imperialism with its drones, against the exploitation of the native bourgeoisie , Their struggles to advance to Socialism-Communism, and against all the repressive actions of the State. We express our solidarity with the working class and the workers in general, the Communist Party and the Pakistani people in the framework of the broadest proletarian internationalism.